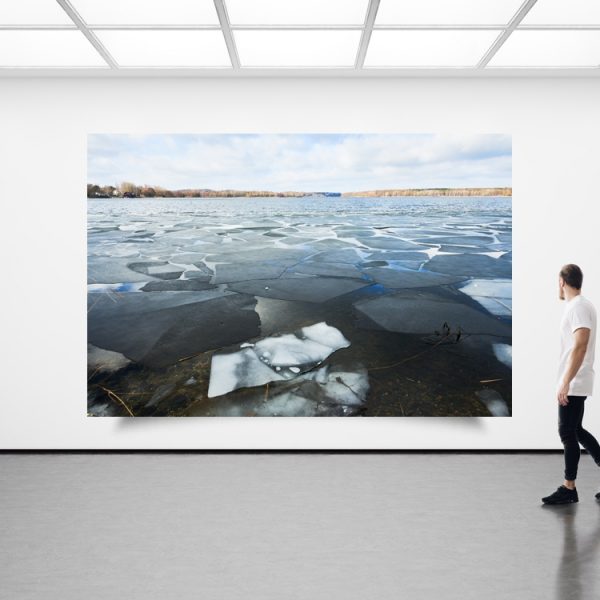 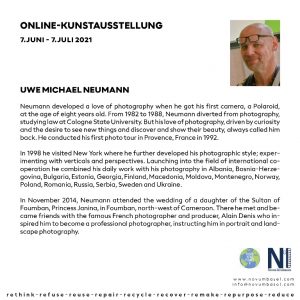 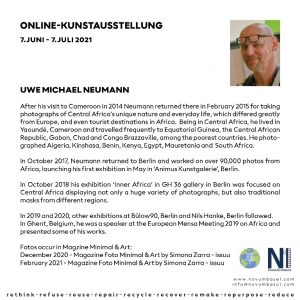 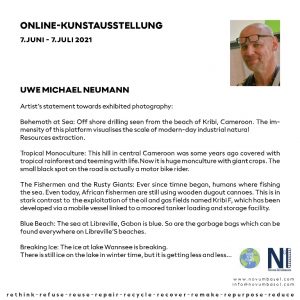 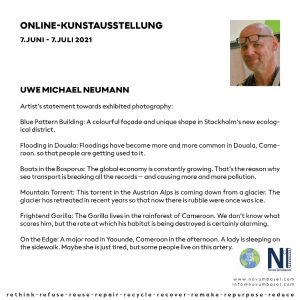 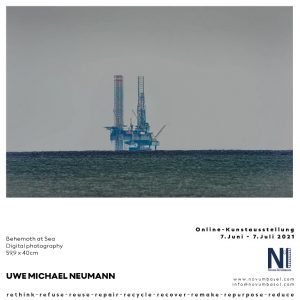 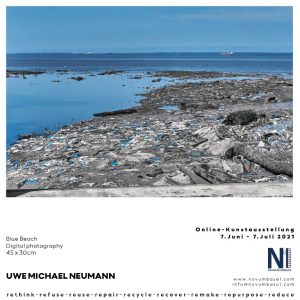 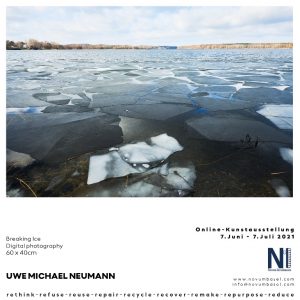 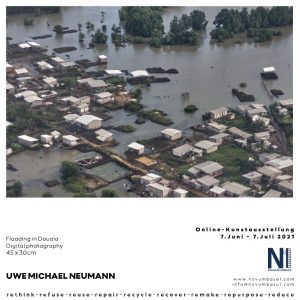 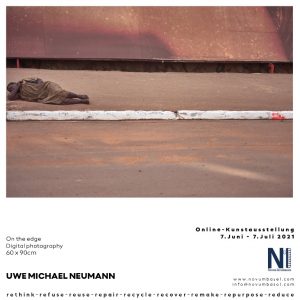 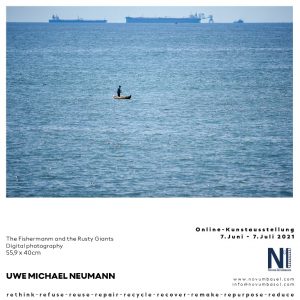 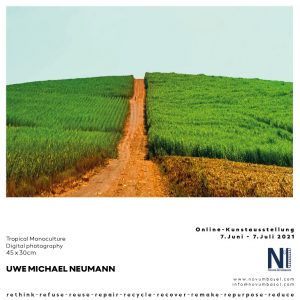 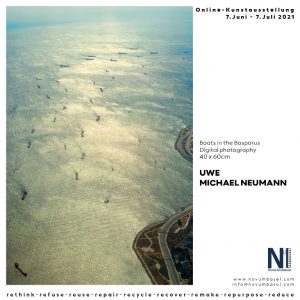 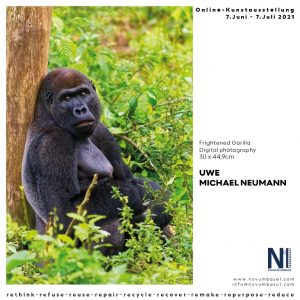 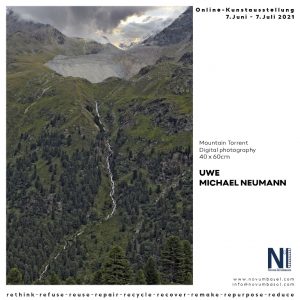 Uwe Michael Neumann developed a love of photography when he got his first camera, a Polaroid, at the age of eight years old. From 1982 to 1988, Neumann diverted from photography, studying law at Cologne State University. But his love of photography, driven by curiosity and the desire to see new things and discover and show their beauty, always called him back.
He conducted his first photo tour in Provence, France in 1992.
In 1998 he visited New York where he further developed his photographic style; experimenting with verticals and keystone/perspectives.
Launching into the field of international cooperation he combined his daily work with his photography in Albania, Bosnia-Herzegovina, Bulgaria, Estonia, Georgia, Finland, Macedonia, Moldova, Montenegro, Norway, Poland, Romania, Russia, Serbia, Sweden and Ukraine.
In November 2014, Neumann attended the wedding of a daughter of the Sultan of Foumban, Princess Janina, in Foumban, north-west of Cameroon. There he met and became friends with the famous French photographer and producer, Alain Denis who inspired him to become a professional photographer, instructing him in portrait and landscape photography.
After his life-changing visit to Cameroon in 2014 Neumann returned there in February 2015 taking photographs of Central Africa’s unique nature and everyday life, which differed greatly from Europe, and even tourist destinations in Africa like Kenya and the Republic of South Africa. During his stay in Central Africa, he lived in Yaoundé, Cameroon and travelled frequently to Equatorial Guinea, the Central African Republic, Gabon, Chad and Congo Brazzaville, among the poorest countries in the world.
He also visited and photographed Algeria, Kinshasa (Democratic Republic of Congo), Benin, Kenya, Egypt, Mauretania and the Republic of South Africa.
Neumann focused on often-overlooked treasures in nature, the environment, and beauty in places seemingly dominated by poverty.
In October 2017, Neumann returned to Berlin and worked on over 90,000 photos from Africa, launching his first exhibition in May in ‘Animus Kunstgalerie’, Berlin.
In October 2018 his exhibition ‘Inner Africa’ in GH 36 gallery in Berlin was focused on Central Africa displaying not only a huge variety of photographs, but also traditional masks from different regions.
In 2019 and 2020, other exhibitions at Bülow90, Berlin and Nils Hanke, Berlin followed.
In Ghent, Belgium, he was a speaker at the European Mensa Meeting 2019 on Africa and presented some of his works.
He was also invited to present his works in the online exhibition e-mERGING a r t i S T S.
e-mERGING a r t i S T S: Contemporary Photography. Berliner Fotograf Uwe Michael Neuman. Recent Work. Zeitgenössische Fotografie and again at GH36 in the exhibition No Time.