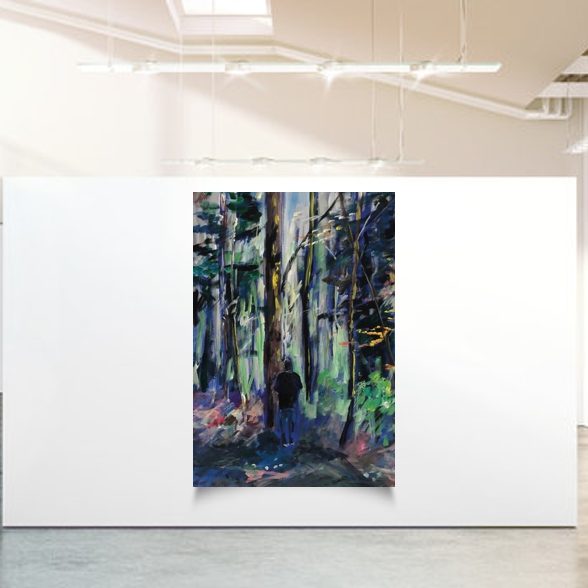 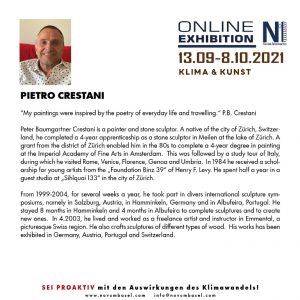 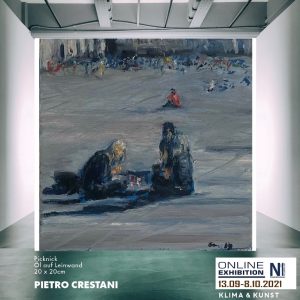 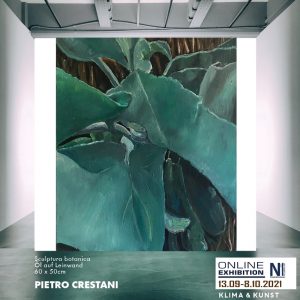 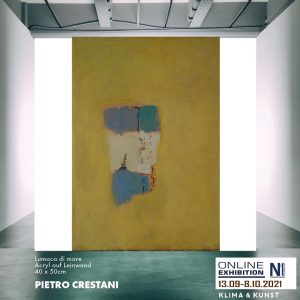 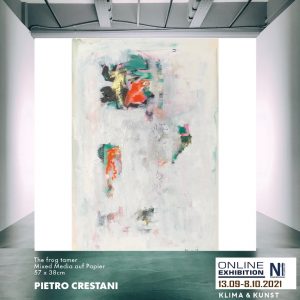 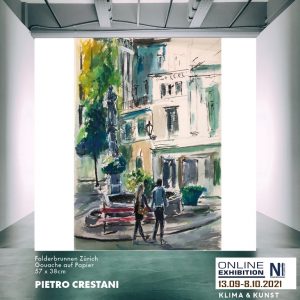 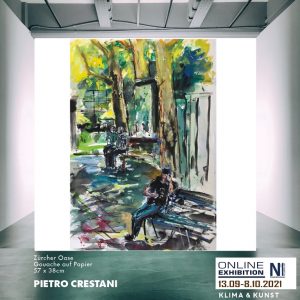 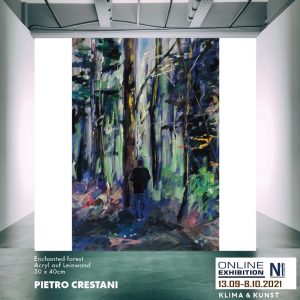 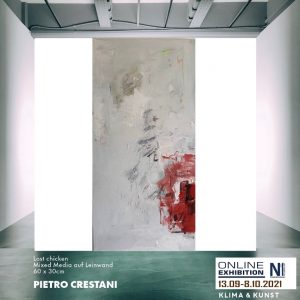 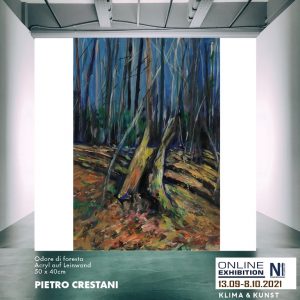 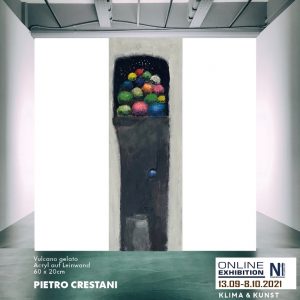 “My paintings were inspired by the poetry of everyday life and travelling.“ P.B. Crestani

Peter Baumgartner Crestani is a painter and stone sculptor. A native of the city of Zürich, Switzerland, he completed a 4-year apprenticeship as a stone sculptor in Meilen at the lake of Zürich. A grant from the district of Zürich enabled him in the 80s to complete a 4-year degree in painting at the Imperial Academy of Fine Arts in Amsterdam. This was followed by a study tour of Italy, during which he visited Rome, Venice, Florence, Genoa and Umbria. In 1984 he received a scholarship for young artists from the „Foundation Binz 39“ of Henry F. Levy. He spent half a year in a guest studio at „Sihlquai 133“ in the city of Zürich.

From 1999-2004, for several weeks a year, he took part in divers international sculpture symposiums, namely in Salzburg, Austria, in Hamminkeln, Germany and in Albufeira, Portugal. He stayed 8 months in Hamminkeln and 4 months in Albufeira to complete sculptures and to create new ones. In 4.2003, he lived and worked as a freelance artist and instructor in Emmental, a picturesque Swiss region. He also crafts sculptures of different types of wood. His works has been exhibited in Germany, Austria, Portugal and Switzerland.