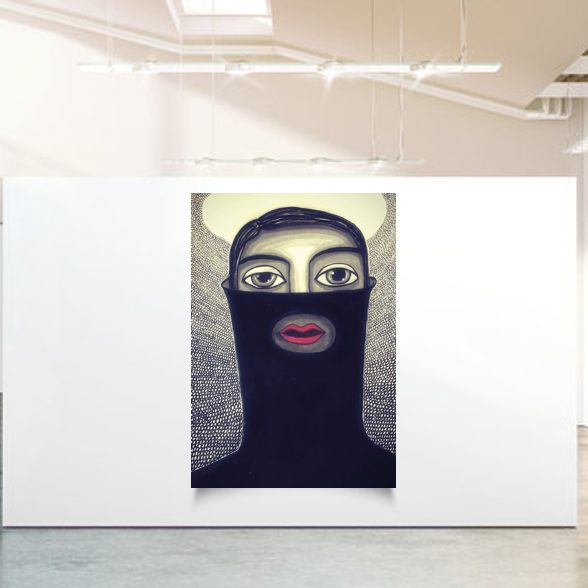 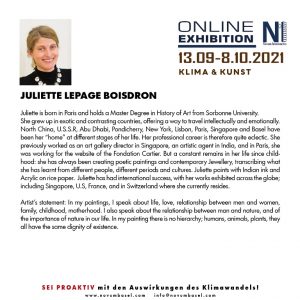 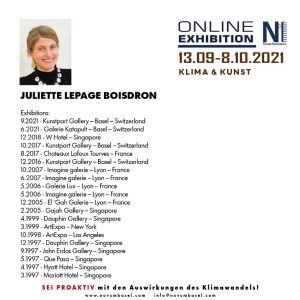 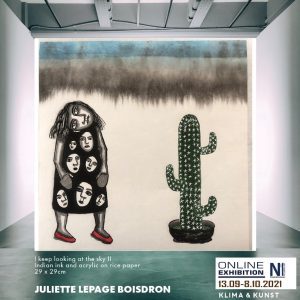 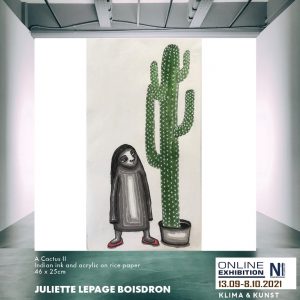 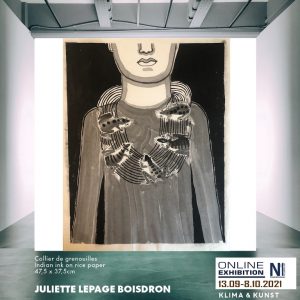 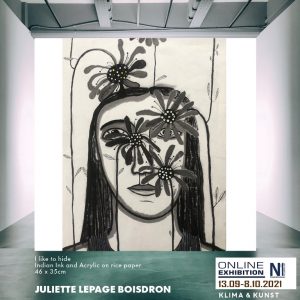 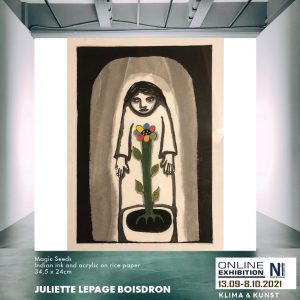 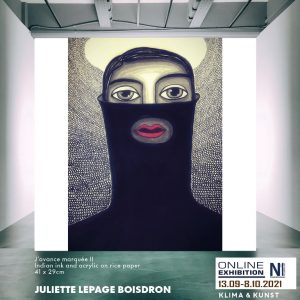 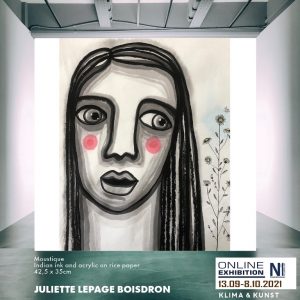 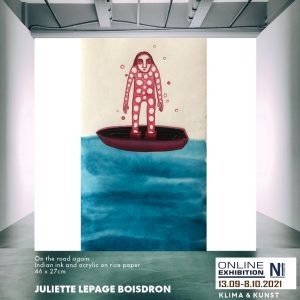 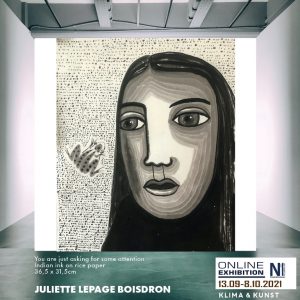 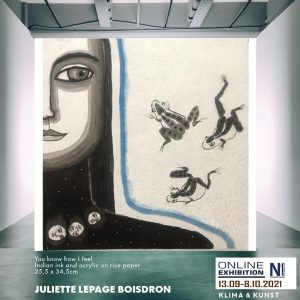 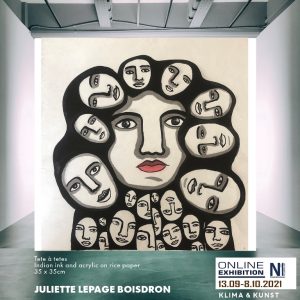 Juliette is born in Paris and holds a Master Degree in History of Art from Sorbonne University.
She grew up in exotic and contrasting countries, offering a way to travel intellectually and emotionally.
North China, U.S.S.R, Abu Dhabi, Pondicherry, New York, Lisbon, Paris, Singapore and Basel have been her “home” at different stages of her life. Her professional career is therefore quite eclectic. She previously worked as an art gallery director in Singapore, an artistic agent in India, and in Paris, she was working for the website of the Fondation Cartier. But a constant remains in her life since childhood: she has always been creating poetic paintings and contemporary Jewellery, transcribing what she has learnt from different people, different periods and cultures. Juliette paints with Indian ink and Acrylic on rice paper. Juliette has had international success, with her works exhibited across the globe; including Singapore, U.S, France, and in Switzerland where she currently resides.